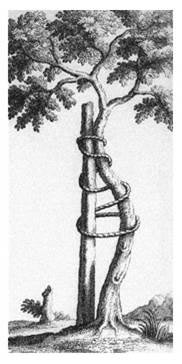 The name Orthopaedic medicine was coined by a British physician, Dr. James Cyriax, in 1929 when he was employed as an internist at a large London hospital. He was dismayed at the numbers of hospital patients who were suffering from pains apparently emanating from the soft tissues and the joints of the body for which no clear diagnosis could be made and hence no specific treatment could be administered. These patients being X-Ray negative were of no interest to surgeons and possessing non-specific diagnoses such as ‘backache’, ‘shoulder pain’, ‘neck pain’, ‘generalised rheumatism’, ‘fibrositis’ etc. were of no interest to physicians. In time and with the frequency of their hospital visits together with their non-specific diagnoses, these patients became classified as ‘chronics’.

The medical designation of a ‘chronic’ was truly a smug label clearly understood by both doctors and nurses indicating that the individual in question had come repeatedly to the hospital seeking help for an imagined pain. The X-Ray had proven to be negative. X-Rays being accepted as the ‘all seeing eyes’, the pain in question without doubt had to be imagined. Obviously with an imagined musculoskeletal pain no specific treatment was necessary. A nurse was instructed to apply some type of placebo such as a warming solution to the painful area, administer tender loving care and send the ‘chronic’ home.

With musculoskeletal ailments, heat in any form especially when accompanied by gentle massage applied to the painful area always produces a temporary relief. The patients were pleased with any relief and happily returned to their home. None of the hospital staff ever considered that not one of these patients truly did have a problem causing pain nor did they understand that the medical personal did not have the analytical acumen or the clinical knowledge to determine the source of that pain, let alone cure it. Other than X-Rays that merely identified the bony skeleton and oftentimes caste additional, unknown, mysterious shadows in or about where the soft tissues, though invisible on the X-Ray, are known to be located, merely confused the issue. No specific, structural testing of the muscles, tendons, ligaments, nerves, blood vessels etc. composing the majority of the musculoskeletal system invisible to X-Ray, have been performed.

When these ‘chronics’ returned to the hospital with the same complaint they were directed from one department to another with nothing more than a placebo ever being administered to them. Unfortunately in this medical domain little has changed to this day. Cat scans; magnetic electronic imaging machines (M.R.I.) and other devices that produce a static image and even sequential static images have augmented the X-Rays to continue the physician’s confusion.

If the ‘ chronic’ patient was, for example, in very severe low back pain, narcotics and home bed rest were prescribed. Physicians and surgeons did not consider this approach as a confession of medical failure. The patient had presented with severe pain and the physician had treated it. He had done what was the usual and customary. He was beyond criticism the X-Ray had proven him to be correct. If the patient had presented for example with severe abdominal pain, narcotics and bed rest were not the usual and customary approach. The usual and customary was not ever to administer a pain relieving medications until an absolute diagnosis had been made and proven. The elimination of pain, nature’s warning signal, often lead to increased painless pathology to eventual catastrophe. This correct approach to all bodily systems was well executed except with the musculoskeletal system.

Cyriax was appalled at this situation and determined to devote his professional career to formulating a clinical examination method that provided an accurate diagnosis of musculoskeletal problems. Ultimately he was more than successful.

Anatomically the individual structures of the musculoskeletal system had been clearly differentiated and named. It is composed of a bony skeleton that includes various joints, the muscles that move the joints and the muscle tendons together with ligaments that both stabilise and limit motion at these joints. It possesses blood vessels that provide blood to and from its various structures and an interdependent lymphatic system. Woven throughout the whole are nerves that cause the soft tissues to function and also nerves that transmit sensations such as heat, pain, cold, pressure etc. These two nerve types connect with the central nervous system that relay messages to and from the brain. A fascial tissue envelops all the soft tissues and a layer of subcutaneous fat and the skin covers all.

Cyriax’s clinical examination is based upon testing the function or lack of it of all the individual musculoskeletal structures. Now and then, various scans, ultrasound, electromyography and other methods become necessary to more accurately define certain pathologies. However most usually the site, type of damage, malfunction or an abnormal growth has been located by the clinical examination. Cyriax’s examination methods provided an excellent codification of the sites and types of problems that occur within the structures comprising the musculoskeletal system.

Such an examination is in line with the accepted basics of medicine employed to determine the state of wellness or lack of wellness of the other bodily systems. When evaluating the heart, heart function tests are performed, with kidneys, kidney function tests are performed, examination of a liver, liver function tests are essential. So it should be with the musculoskeletal system. Until the examination methods of the musculoskeletal system based upon functional anatomy as proposed by Dr. James Cyriax that was published in 1954 in his textbook of Orthopaedic Medicine no systematic examination of the musculoskeletal system existed. Not only did this examination method identify the particular structure or structures that were at fault it also proved that the function of other structures within the same anatomical area in question to be normal. Since all anatomical structures had been named Cyrix’s individual structure, functional examination diverted the medical profession from its usual routine use of generalised, non specific terms, such as a painful shoulder, a painful hip, knee pain, non specific rheumatism, fibrositis etc. to naming the specific structure within the area in question to be at fault and naming the pathological process, such as a complete tendon rupture, an inflammatory process etc.

For example in experienced hands, the examination will delineate to within a few millimetres any area of damage to a specific structure. The non- specific diagnosis of ‘a painful shoulder’ becomes an inflammation of for instance the subscapularis tendon (subscapularus tendonitis) located at the inferior aspect of that tendon’s tenoperiosteal junction with the lesser tubercle of the humerus. The medical history will indicate whether the cause of the inflammatory process is due to a single injury or repeated minor traumata as occurs in tennis players, baseball pitchers etc. or other causes of inflammation. This precision allowed not only true communication within the profession when discussing musculoskeletal problems but also an accuracy of treatment hitherto not achievable. It also allowed comparison of one medical treatment modality with another when treating a specific musculoskeletal problem. Also it enabled comparison between the efficacy of different professional approaches such as acupuncture, chiropractic, physical therapy, prolotherapy etc. when treating the identically defined musculoskeletal problem.

This accuracy of physical diagnosis coupled with the ability to compare one therapeutic approach with another allowed the orthopaedic physician to use the approach that had been proven to be the most beneficial for any particular musculoskeletal problem. Pain relief in minutes became the usual without reliance on dangerous pain masking drugs. Improvement and subsequent cure of a musculoskeletal problem by Orthopaedic medical modalities produces a result superior to that of any other medical speciality. This systematised diagnostic and treatment system had finally conquered the enigma of the musculoskeletal system.

No doctor for instance would ever refer to or even discus a patient with another doctor using terminology such as a  ‘painful abdomen’. He would use accepted and readily understood medical terminology when discussing the subject such as a suspected acute or chronic appendicitis, gallbladder, kidney problem or a particular problem with any of the other structures contained within the abdomen.  For the first time with the diagnostic approach suggested by Cyriax was the musculoskeletal system able to be diagnostically compared with the other systems of the body.  It also allowed physicians when in doubt concerning a particular diagnosis to inject a local anaesthetic solution into the suspected structure. If the pain disappeared for the duration of the numbing effect of the anaesthetic then the diagnosis had been proven. This approach was unique to the musculoskeletal system and allowed a diagnostic accuracy denied to the other bodily systems. Physicians were now armed with an accurate diagnosis allowing them to compare the efficacy of the various therapeutic approaches to any particular problem.

Birth pains accompany all new advances in medicine as they initiate controversy by suggesting a change to what has been the usual and customary.  Orthopaedic medicine is not an exception. As is the norm, those who are ignorant of the new and are resistant to change instigate most of the controversy. Unfortunately, within the medical profession, the criticisms that began in the twentieth century concerning orthopaedic medicine continue to this day in the twenty first century.

Within the medical profession, contention may be considered, not as contention merely utter confusion. The public is confused as to what Orthopaedic medicine embraces and its differences from several other medical specialities with similar nomenclature. This confusion begs clarification and when clarified will allow patients the freedom of choice concerning their particular ailment.